I can’t speak for every spaniel or every other high energy dog owner out there but I have a strong suspicion many of us experience a “puppyhood amnesia”… This cunning loss of memory of all the things sanity challenging allows us to not only selectively recall the cutest, loveliest of moments whilst erasing all hair rising ones but it also stops all hesitations when faced with acquiring another puppy! That’s how I feel anyway! 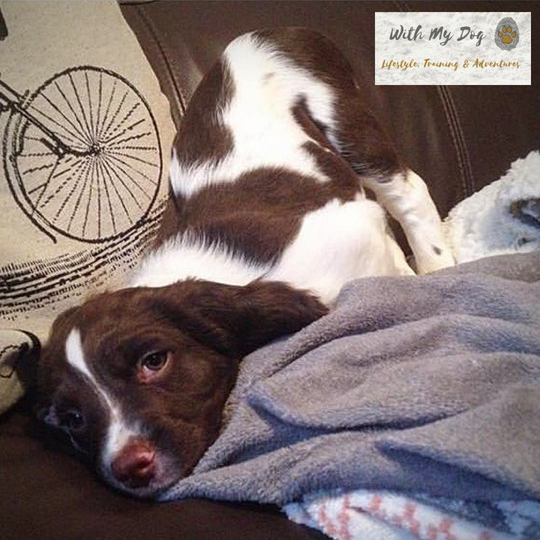 At 8 weeks old Jazz was the most adorable puppy with softest ears, just that tiny bit too much skin, pup fat and proper puppy eyes but she was also quite independent, stubborn and very determined to test her teeth on human flesh. Her perfect morning started about 4.30am and that lovely routine lasted a few months although it seemed like years at the time. She arrived with us in April so thankfully it wasn’t too cold for it to be a pain to take her out quickly but it certainly wasn’t a heat wave like we are having here at the moment! Her house training was very easy and although she has had good few “incidents”, she was quite insistent that she was to go out for toilet needs. I was pretty sure she simply figured out that toilet also meant play time outside and that was the main reason she would sit by the door with her puppy eyes asking to go out!

After the initial traumatic experience of changing my life from an owl style to one of a song bird, I fell in love with it.

Thanks to Jazzy’s need to see the world at Impossible o’clock I’d seen the most amazing sunrises, heard the most incredible symphonies of bird songs and possibly inhaled the most wonderfully scented air with that freshness that only comes at very early hours of the morning. 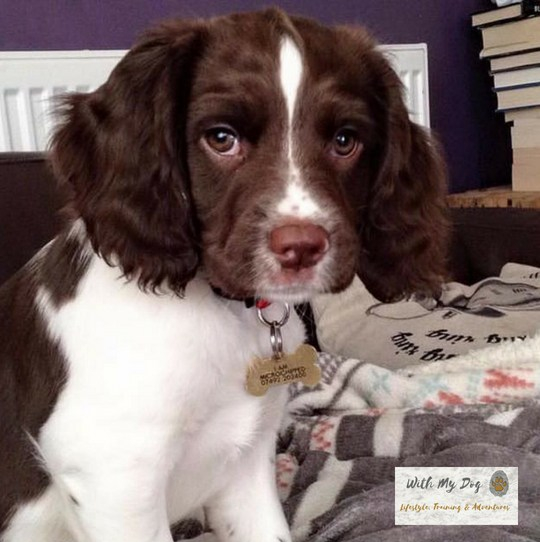 As Jazzy matured, she very kindly shifted her morning walkies time to 5am, then 6am and so on until it settled between 6.30am and 7.30am for about a year. I grew to cherish those early hours and fell into a routine of an admin work with a cup of coffee once her highness settled into snoozes for a couple of hours.  I wish I took more photos at the time but it always seems like there would be an opportunity to snap later and that later never came. I will make sure not to make the same mistake with the next pup!

I know many dog owners who opt to never let their dogs on bed, sofa or chairs but I never did so Jazzy was a queen of all surfaces other than tables from the word go. She, however, slept in her crate at night with puppy pads until she was reliably waiting for sunrise with toilet needs. After that she was allowed to sleep on the bed and her favourite spot has since been either pillows or under the duvet. She likes to have her own sleeping time too though and always migrates under the bed or into her own bed after initial cuddles or mid-night dive under the duvet.

At around 9th/10th month of age, Jazzy started to appreciate a lie in and at first I was a bit disappointed because I wanted to continue seeing the sunrises! 😉 In a long run though, 7 – 7.30am is a much more humane regular wake up time and I am quite happy with it, more so in the winter…Summer comes with variations, especially this one with a 6th consecutive week of very high temperatures and no rainfall.

At 2 and a half years old Jazzy is such a cuddle bug that I forgive the Tyrannosaurus Rex puppyhood.

Each morning she jumps on the bed and stares at me willing me to say hello upon which her version of it begins. If I pretend not to see that she’s awake and ready to go, she will come closer and closer to my face until her nose is firmly pressed into my eyeball 😉

Once I give in she proceeds with her few minutes of morning hugging and stretching before we start the day 🙂  What’s your morning with your dog like? Any “funny” puppy moments that you think you might have chosen to forget? 😉